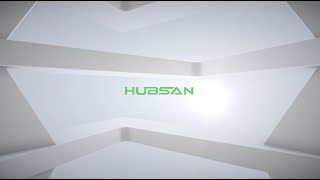 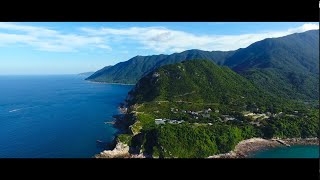 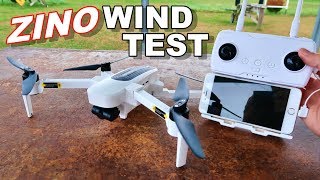 The Hubsan Zino looks like a Mavic Pro, films like the Mavic Air, but is priced close to the DJI Spark. This foldable and compact 4K drone is less than $400 and will hopefully shake up the industry a little bit. The new Hubsan Zino is a folding drone that carries a 4K camera on a full three-axis gimbal. It will shoot 3840 x 2160 video at 30 fps. The Zino has a field of view of 89-degrees and an aperture of f/2.2. It will also feature a few different panorama filming modes.

The Hubsan H117S Zino boasts a 23-minute flight time, which beats the Mavic Air by three minutes and the Spark by seven. Even better, doubling your flight time won’t cost you an arm and a leg. A second battery will only set you back another $30. That’s a steal. The Hubsan Zino has a flight range of 2500 meters but the video transmission is limited to only 1000 meters. That is where DJI has it beat, as the Spark can fly 2000 meters and the Mavic Air tops out at 4000 meters.

The Zino features GPS as well as altitude hold for increased stability. It features a handful of flight modes like waypoints, return-to-home, and line-flying mode. In line-flying mode, you can set the drone on a straight course and control the camera and gimbal. It also features an active track vision system, so you can follow an object or a subject.

Be the first to review “Hubsan Zino H117S” Cancel reply